Here, this Kanto Tuk review takes a look at a pair of speakers from Kanto Audio, a brand that's no stranger in the budget-priced speaker niche.

If you’ve already decided, check out the Kanto TUK speakers on Amazon.

Looking for more info? Use the following table to help you: 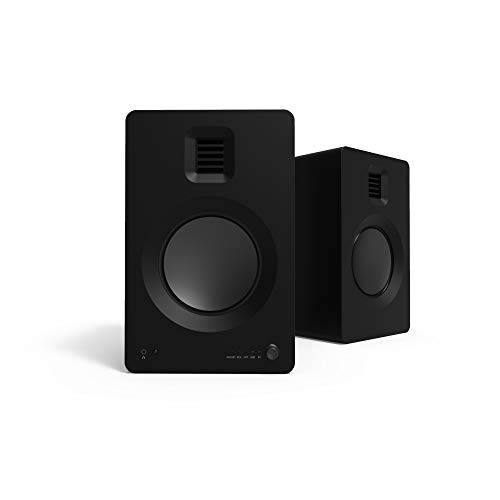 Let’s look at how the Kanto Tuk’s rate as bookshelf speakers.

The Kanto TUK bookshelf speakers are brought to you by Canadian speaker company Kanto Audio, which is known for designing powerful speakers that are also easy on the eyes.

The company made a splash with its wireless YU5 speaker, which graced the White House sound system during the Obama presidency.

Now, coming back to the Kanto TUK. These speakers get their name from Tuktoyaktuk, a remote hamlet located in the Arctic Circle from where you can see the Northern Lights (the Aurora Borealis).

And the company claims the majestic sight of the Northern Lights inspired the design of the Kanto TUK speakers.

If you’re short on space, the compact Kanto TUK speakers solve the problem of space right out of the box. It’s great news for you if you’re looking to make this your primary sound system. Another benefit is that this speaker is easy to connect to the TV.

The Kanto TUK comes with speaker wires which feature banana plugs. Not something extraordinary, but you’ll appreciate them once it’s time to connect the active and passive speakers to your TV.

And if you’re used to traditional dome-shaped tweeters, you’ll find the Air Motion Transducer (AMT) tweeter fitted in the Kanto a pleasant surprise.

The Kanto TUK speakers deliver a level of sound quality that puts it in a league of its own, which is not something you usually say for budget-friendly bookshelf speakers.

The Kanto TUK is also a clear winner in the sound and design departments when compared to its predecessors, which is one giant leap forward and gets you one step closer to a premium product.

The TUK is available in a premium matte finish with excellent design features that quickly sets it apart from other powered bookshelf speakers.

While the TUK does have some of the controls on the body of the speaker itself, you also get a remote that sports generous labeled controls.

The remote makes it easier to:

In this way, the remote control gives you complete control over the speakers without having to physically get up and reach for the controls on the speaker.

The automatic power-up and standby settings ensure these speakers conserve power when not in use. The TUK has been designed for immediate playback as soon as it detects a Bluetooth source.

Want your speakers on at all times? No problem; simply disable standby mode, and you’re good to go.

Pros of the Kanto TUK

Cons of the Kanto TUK

Now let’s look at the Kanto TUK in more detail.

If you’re familiar with the brand, the first thing you’ll notice with the Kanto TUK powered speakers is its design. Kanto has gone back to the drawing board when it comes to the TUK.

The main difference between the latest TUK speakers and their predecessors (the YU models) is the amplifier. And the jack panel is built into the cabinet’s design of one speaker with the main speaker connected to the secondary speaker via a cable.

The Kanto TUK also makes good use of its bass reflex enclosure design, which features a rear-firing port for better efficiency. For all the features that this speaker has to offer, you’d think it would take up more space. But that’s not the case at all. The Kanto TUK is as compact as they come, making these speakers a great alternative to the larger floor-standing speakers.

The speaker is available in both a black and white finish and sports a magnetic grille. Hopefully, that’s to your taste because that’s the only option.

Unlike the previous YU models by Kanto that were active, the TUK sways toward the powered category, which means, in the signal path, the crossover comes after the amplifier.

This is thanks to the speaker’s unique design and Class-D amp, with an output of 65Wpc, RMS, and a sweet 130Wpc peak. The built-in amplifier powers the powerful woofer and AMT tweeter, resulting in sound quality that tingles your spine.

The TUK features aluminum drivers, which:

Bluetooth Audio Streaming is Made Easy with Built-in Bluetooth 4.2

The Kanto TUK boasts built-in Bluetooth 4.2 support for wireless audio streaming and control (AVRCP). So, streaming your favorite music is a breeze, and with access to all your music apps. You can also pair multiple source devices to the Kanto TUK speaker system via Bluetooth.

The Kanto TUK supports the standard Bluetooth SBC codec along with the Qualcomm aptX HD codex and Apple’s AAC codec, giving you a higher sound quality every time.

USB-B Port Connects Your PC to Your Speakers

The TUK features a USB-B port that’s located on the main “powered” speaker, allowing you to connect your speaker system with your computer with ease.

But, what sets the TUK apart from other speakers when it comes to USB support?

Connecting the TUK speakers to your computer bypasses the built-in DAC on a computer, which is often to blame for noisy sound quality.

Instead, the TUK decodes the audio signals with the brand’s high-quality DAC, resulting in a vibrant, distortion-free listening experience.

The Kanto TUK speakers sport an aluminum woofer, which is lightweight and incredibly rigid. As a result,the woofer less susceptible to any de-forming when you crank up the volume.

The unique design of the new aluminum woofer prevents flexing in the driver, which also helps reduce sound distortion.

And it means you get more precise bass frequencies with greater depth.

The Kanto TUK has upgraded the power of their AMT tweeters this time around, yet sports a lightweight design. In turn, this makes it react faster than standard-issue dome tweeters resulting in a strong treble performance that’s crisp and quick.

Another stand-out feature of the AMT tweeters is its pleated construction and rectangular shape, which minimizes vertical dispersion, reducing the amount of sound that’s reflected off the floor and ceiling.

The Kanto TUK allows you to swap channels to customize your audio setup. The ability to customize is a real advantage when power outlets or cabling restrictions require you to place your active speaker to the right-hand side.

The ability to swap audio channels between the two TUK speakers means you can maintain the correct stereo imaging without the need for an extension cord.

According to the reviews, the Kanto TUK offers reliable sound quality that comes in a neat package and will become the highlight of any room.

Considering the many features, these speakers have to offer along with their aesthetically-pleasing speaker design, it’s easy to see why the Kanto TUK speakers are being appreciated by all those who value clear and crisp sound quality.

The Kanto TUK goes above and beyond when it comes to delivering excellent sound quality, but if you want other options, here are some excellent alternatives to the TUK: 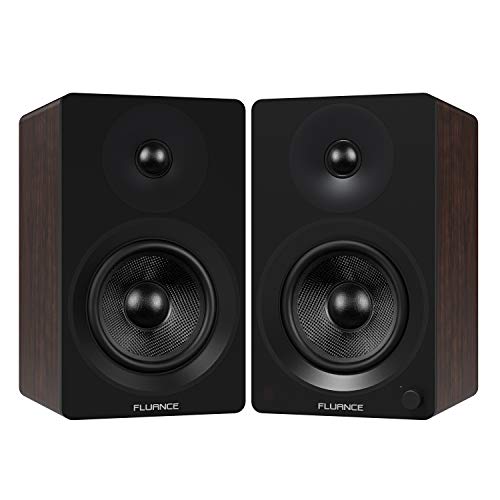 Like the Kanto TUK speakers, the Ai60 also offers a wide array of connectivity options from Bluetooth to USB and optical outputs. These speakers also sport a precision-crafted cabinet that’s been hand-made from wood to ensure a distortion-free sound.

But, where the Ai60 speakers lack is where the Kanto TUK excels. The TUK’s AMT tweeter gives you brighter, more accurate highs and an incredible soundstage.

Check out the Fluance Ai60 speakers on Amazon here. 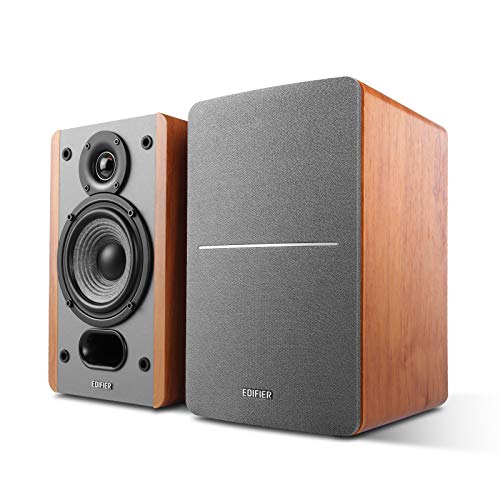 Like the Kanto TUK speakers, the Ai60 also offers a wide array of connectivity options from Bluetooth to USB and optical outputs. These speakers also sport a precision-crafted cabinet that’s been hand-made from wood to ensure a distortion-free sound.

But, where the Ai60 speakers lack is where the Kanto TUK excels. The TUK’s AMT tweeter gives you brighter, more accurate highs and an incredible soundstage.

Check out the Fluance Ai60 speakers on Amazon here.

The Kanto TUK bookshelf speakers are plug-and-play, powered speakers that offer multiple connections and admirable sound quality. These features make them an attractive choice in the budget-priced speaker niche.

Not only do the Kanto TUK speakers look the part, but they also offer you a far better reproduction of treble, mid-range, and bass as compared to many other speaker options in the same price point.

The result is a far better mid-bass and high frequencies, especially at high volumes. The space-saving Kanto TUK powered bookshelf speakers can deliver superior sound quality that comes in a neat, compact package.

Take a look at the Kanto TUK on Amazon.